If you’re out and about you may see one of our colourful delivery vehicles zoom past you. Boldly emblazoned on it, you will see this: Come and MEAT US…

That’s what Broederstroom 5-Star Country Butchery and Delicatessen is all about; delivering a superb, high-touch experience and delighting our customers. Our business ethos is so much more than just taking and processing your orders. We want to meet you, get to know you, chat to you, understand what you’re after and then leverage our years of hands-on experience blockman experience to give you that meaty treat which will keep you coming back again and again.

The Age of Augustine

To understand the history of what you know as Broederstroom Country Butchery, you have journey back in time with us, back to 1962 and the man in frame is Augustine Goncalves. His nickname was “Matches” because he was always telling everyone around him to “make like matches”, to if you will, spark and get a move on. This tells you everything about the man – he had a short-fuse, a no-nonsense approach to life, he made things happen and he never ever let the grass grow under his feet.

Back then, there were no roads, so required “greengrocer goods” were either taken to the customer or the customer was fetched so he/she could do the shopping and then be taken back home again. Augustine worked in the German owned greengrocer which supplied fruit, vegetables and hardware. At some point in time the then German owner got a bee in his bonnet and headed off to Australia for two years, leaving Augustine in charge of the operation. Before he went, his parting shot was that upon his return, if Augustine had enough money in hand, he would sign the property over to him. Augustine being Augustine, rose to the challenge and that’s how the property and then business fell into the hands of the Goncalves family.

Some things are ordained in the stars

Augustine must be a most fortunate name because it wasn’t long after he had bought the property and paid for the business that the local council decided it needed to build a road right through the property. The agreed “compensation sum” in 1969 was exactly the same amount which Augustine had paid over to the German a few years back – face it, some things in life are just meant to be, it is as if they are ordained in the stars. The building of this road injected much needed progress and change into the area and the upside of all this, business wise was that Augustine’s shop was now easily accessible – the associated economic spinoffs are oh so obvious…

The magical year is 1980, that’s the year when Broederstroom Butchery was conceived and after a flurry of building activity, the tiny butchery opened its doors in 1981. Always one to seek excellence, Augustine enlisted a German butcher named Johann Karner who had owned the Orient Butchery in Rustenberg and trained many a butcher, to teach him the meaty ropes. Mr Karner’s extraordinarily high standards became Augustine’s standards and there’s a lovely business success lesson here; when you get started, start right and that means learning from the best in the game.

In 1989 Augustine decided to take his family on a month-long holiday overseas and his non-negotiable decision was to leave Mike behind under the critical, ever-watchful eye of Johann Karner. So began Mike’s baptism of fire and what a month that would be! Karner pushed his every button and not just once, over and over again, relentlessly hammering him every waking minute of the day as a blacksmith does an obstinate horseshoe. By the end of the month Karner paid Mike the ultimate compliment – he said he was a natural and in his own brusque way he let Mike know that he was exceptionally proud of him and how he’d handled the month long pressure-cooker.

The Age of Mike 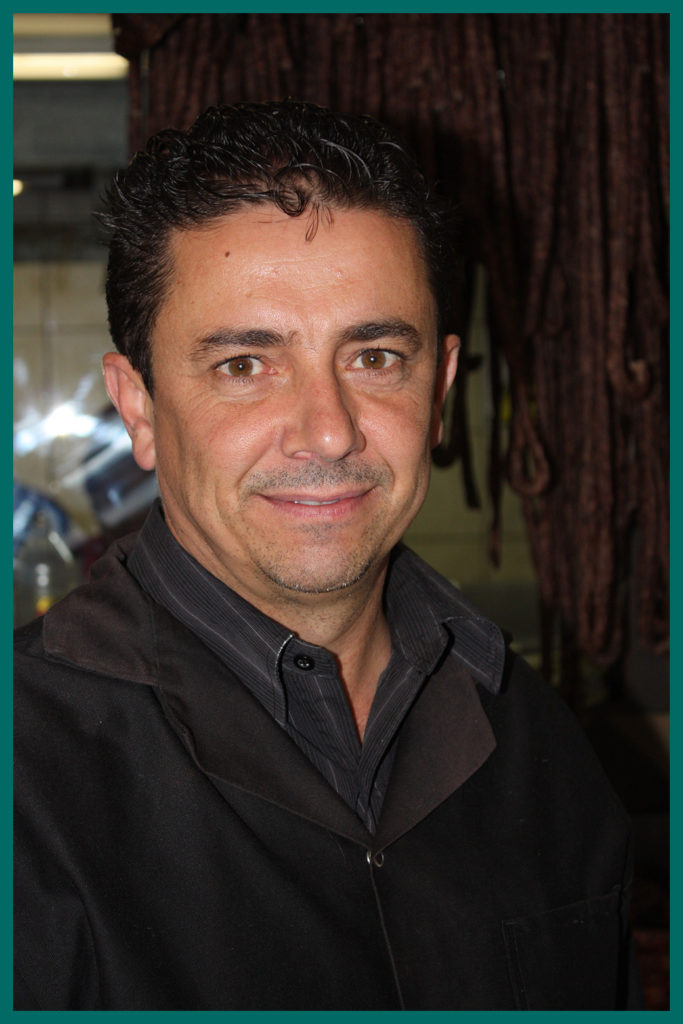 When he’d finished his military service, Mike returned to the butchery to work alongside his Dad, but being a chip off the old block, it was only a question of time before these two driven, visionary men would lock horns. Mike wanted change and saw the butchery evolving into something much bigger with a far more customer focused approach. Augustine felt the recipe worked and did not need to be messed with. The only answer was for someone to stay and someone to go and so Mike structured an agreement and bought out his Dad. Literally as he had taken over the reins, disaster struck…

And then disaster struck!

A tornado-like wind tore through the Valley and ripped the entire butchery roof clean off. The losses were massive, and in a flash, Mike had gone from being the glamorous young cockerel of the business to a tattered feather-duster. Tail between his legs, Mike begged his Dad for leniency around the agreed repayments, to which Augustine responded by sternly reminding him that if he could not handle the heat of being a business owner then he should quit now and hand back the business. It is said that in the hottest furnaces the purest steel is forged, and boy was Mike inside a fiercely boiling cauldron!

By his own admission, Mike had no idea how he was going to save the day. Then one day, at the market hestruck up a conversation with a complete stranger, a Chinese gentleman who goes by the name Franklin Ho (he is the owner of Chrilen United Foods). Lin had only just met young Mike, yet he saw something within him and decided to stand good for the costs of the repairs to the roof of the butchery. Not only did he do that, but he encouraged Mike to turn this adversity into an opportunity! This meant expanding the size of the butchery and scaling its fridge system to one which lent itself to much growth. Mr Lin is a big picture thinker and there can be little doubt that some of his business magic has rubbed off on Mike.

Mike is a philanthropist at heart

Since 1994 Mike’s butchery business, now known as Broederstroom Country Butchery, has grown from 3 people to 26 people. The core business values are locked into three interlocking strategic pillars, consistency, service and value. The business has enjoyed much success which in turn, has allowed Mike and his team to provide much help to others.

When quizzed about what his toughest ever business and life lesson was, Mike, without hesitation, recalls that time of the tornado, when all the odds were so stacked against him that failure seemed a certain outcome, yet someone who did not even know him, came through for him and threw him a lifeline. This taught him the importance of trusting people and that not everyone we meet is a bad person. It also taught him that the greatest blessings often come clothed in a shape and form that we could never have imagined.

Magic Mike’s final words are “If you want something, go after it, fight for it with everything you’ve got, set goals and no matter how much success you might create, keep a level head and always put family first!” 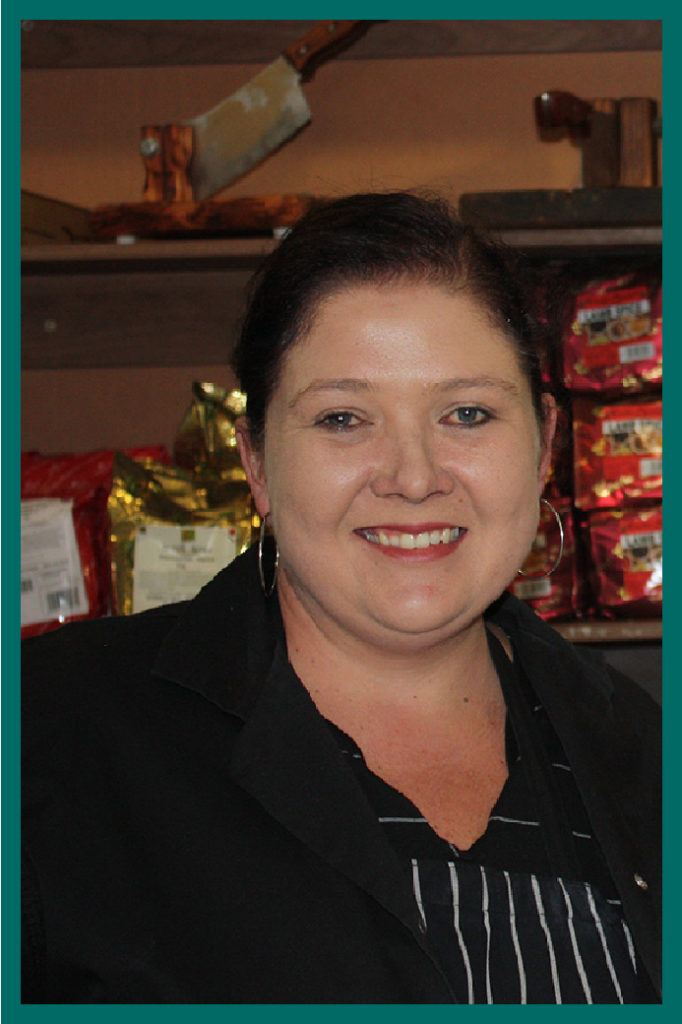 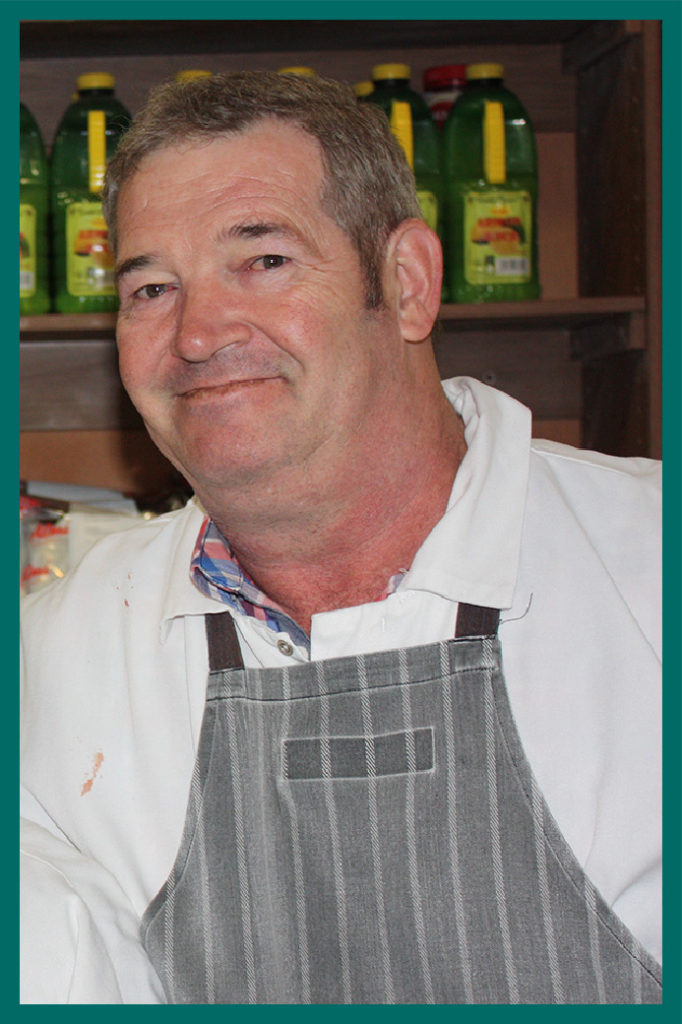 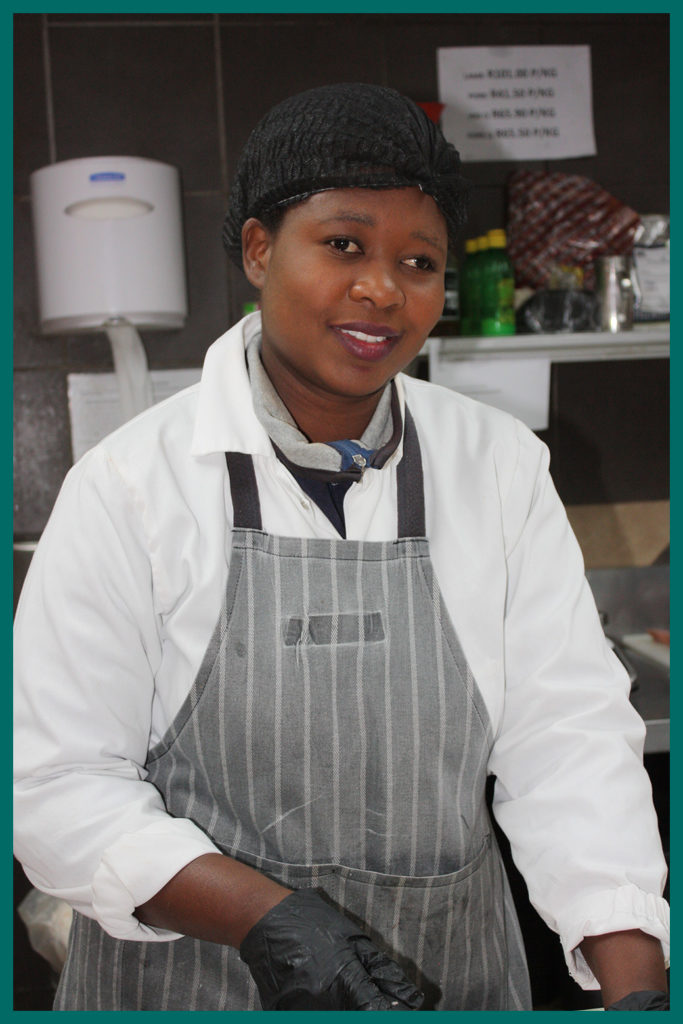 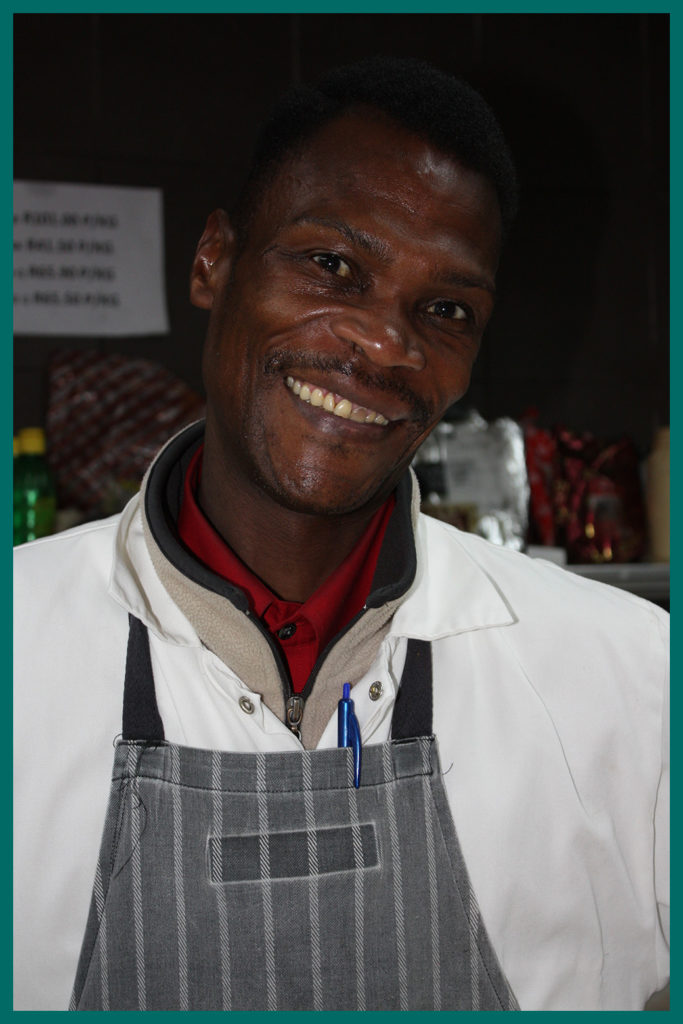 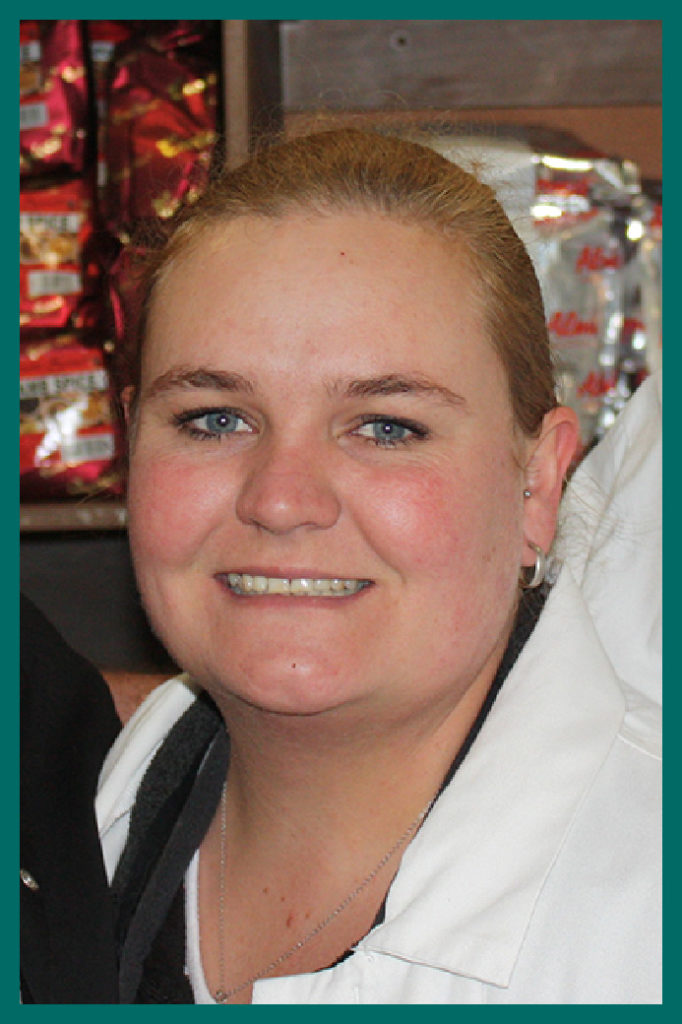 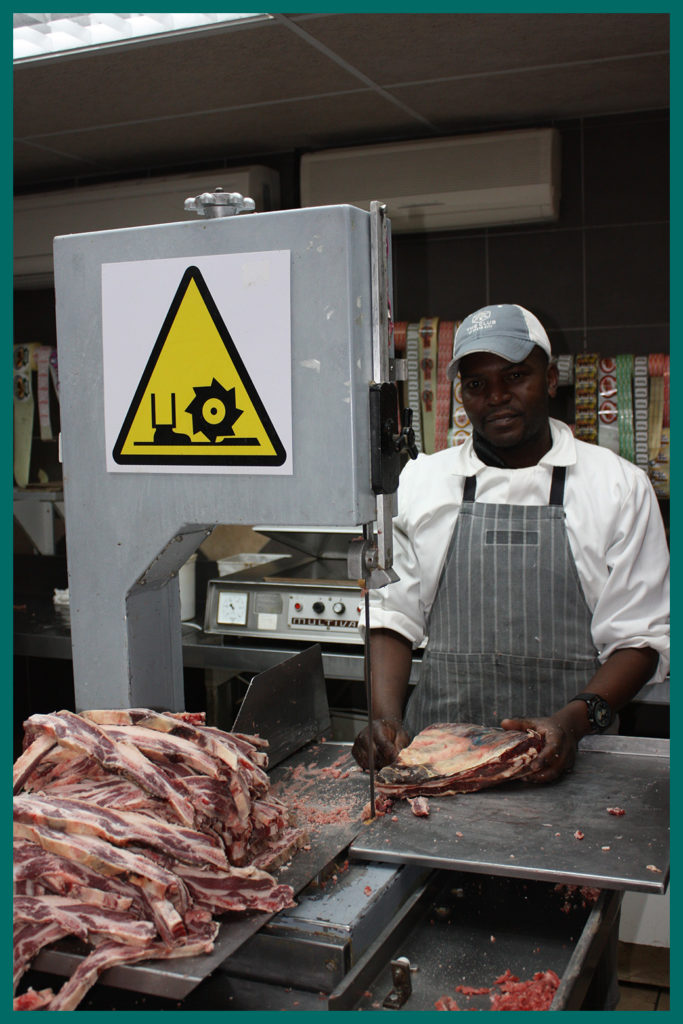 We can’t wait to MEAT  you…